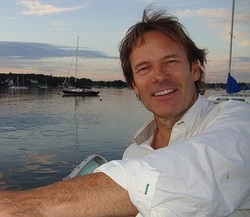 A gifted musician and active member of his local church, John Goldschmid brings a lifetime of musical experience to his career as a pianist, composer, and band leader in Stamford, Connecticut. Most recently John Goldschmid recorded the CD “Anytime Is Fine” with his brother Chuck Goldschmid featured on acoustic guitar and vocals. In addition to recording keyboards, vocals, and percussion for the CD, John Goldschmid also served as producer, arranger and composer.

John Goldschmid graduated from Greenwich High School in Greenwich, Connecticut, before going on to major in music at the University of Connecticut and the prestigious Berklee College of Music in Boston. Over the past thirty years he has performed or worked in the recording studio with many well-known artists including: Joe Beck, John Tropea, Harvey Brooks, Vicki Sue Robinson, Ritchie Blackmore, Roger Ball, Lester Chambers, Jim Webb, Corky Laing, Richard Crooks, Liberty DeVitto and Chris Brubeck. He also played keyboards and co-produced Charlie Karp and the Namedroppers album, “Giving It All I Got” on Grudge Records, distributed by BMI records.

In addition to his commercial music success, Goldschmid lends his musical gifts to the local community. Currently, he plays piano and organ for the Dingletown Community Church in Greenwich, Connecticut and the Calvary Baptist Church, Darien, Connecticut.